Jiffpom is the world’s most popular dog with a following of over 30 million on social media.Each post on his official Instagram account makes more money than any other top influencer on the internet. A report by Market Watch said dogs and pets with over 20,000 followers earn about $283 per post. If the number of followers is between 1,50,000 and 2,50,000 the earnings can go up to $4.250 per post. However, in the case of Jiffpom, a single post can take in about $14,000 (Rs 9.6 lakhs). it looks like teddy bear. 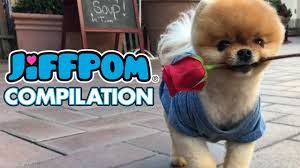 When Jiffpom’s Instagram following was 3.6 million in 2018, each sponsored post earned $17,500. Now his number of followers has gone up to 9.2 million and the earnings per post can be estimated to touch the $35,000 mark.

Jiffpom is such a huge celebrity dog in the US, a special day called ‘Jiff Day’ was declared by Los Angeles city council in 2017 to honour his achievements.In May 2018, the dog was invited by Facebook co-founder Mark Zuckerberg for the launch of Instagram’s new augmented reality filters. 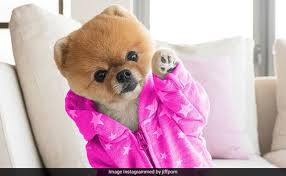 Interestingly, the dog now has more followers than Zuckerberg and Bill Gates. But influencing brands on social media is not the only talent Jiffpom possesses. He is also a three-time Guinness World Record holder for being the fastest
dog on two paws.