The Eiffel tower is so famous that it has become not only a symbol of Paris but the whole of France. It never fails to impress, especially when its 20,000 light bulbs are illuminated. Originally erected by Eiffel to commemorate the centennial of the French Revolution in 1889, this epic monument consistently attracts more than 6.9 million visitors from across the globe who come to see the tower and take photos each year. 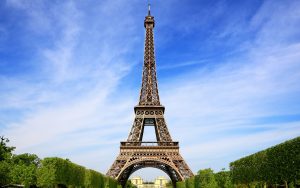 You’ll find its image in countless guidebooks, online articles, and breathtaking Instagram snaps. However, what you probably don’t realise is that media outlets rarely release photos of the tower at night. The ban comes down to French copyright law, which gives the original creator of an object exclusive rights to its sale and distribution. Buildings are classified with the same rigor as the artistic works that you would find in a museum.

In the European Union, the copyright law holds for 70 years after the creator has passed away. Some countries are more lenient, such as Pakistan, in which the copyright law holds for 50 years; in other places, it’s longer – for example, 95 years in Jamaica. Eiffel held the copyright for the tower, and he died in 1923, meaning that the copyright ran out 70 years later, in 1993. At this point, the likeness and design of the tower were allowed to enter the public domain.However, the lights on the Eiffel tower were installed in 1985, by Pierre Bideau, meaning that any photo or video that shows the monument at a time when the lights are visible is a violation of copyright law.