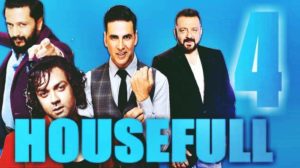 Housefull 4 – After a successful three ‘Housefull’ installments, they are back with another sequel to this series. Housefull 4 is a Hindi movie starring Akshay Kumar, Riteish Deshmukh and Bobby Deol in prominent roles. It is a comedy-drama film, and it is the fourth installment of the Housefull franchise. 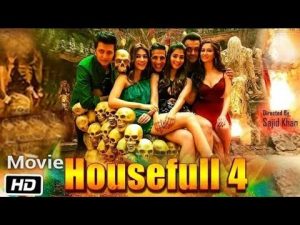 It is directed by Sajid Khan who also directed the first two installments but was replaced by Farhad Samji. Nadiadwala claimed that the film would be the highest budgeted Indian comedy film. Housefull 4 is a film, with the narrative switching from the ‘Baahubali-era’ to the present day.

“The film also has two cinematographers capturing two eras – the 16th as well as the 21st century. There are seven music composers for the film as well. Add to all this; there are multiple locations and a reshoot that took place, making it the most expensive comedy film thus far,” the source added.

It is a period comedy film something that they are doing for the first time. The look, clothes, and scale of the film are done on a different level. And finally, Housefull 4 is scheduled to hit the theatres on 25 October 2019.Are you interested in watching this film on release date or else after please give your feedback.