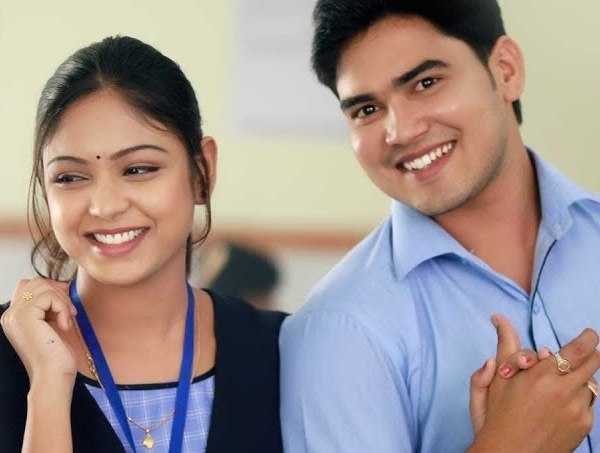 Undiporaadhey 2019 latest Telugu movie Tarun Tej and Lavanya. Directed by Naveen Nayani. Produced by Dr.Lingeswaarr. Music by Sabu Varghese. Dialogues by Subbarayudu Bompem. the film was taken by a real-life incident. Undiporaadey in the direction of Navin Nayani and he invited Raj Kandukuri.the movie is a romantic drama and heart touching.

A period romantic drama set in the 1980s, Undiporaadhey is inspired by real-life incidents. The film follows a young girl and boy who meet and fall in love during their college days, and an unexpected turn of events that changes their lives forever. We are not saying it. But the producer of the movie is highly confident. He is looking to release the film on his own too. In this volatile market that is a daring step. Dr. Lingeswar is producing the film.

Raj Kandukuri said that the movie is a hundred percent success and he knows Dr. Lingeswar and his penchant to produce content-driven films. He said that he liked the trailers, songs and a few scenes that the team showed him. Producer praised his director and the young actors who are being introduced with the movie. He said that the movie is highly heart-touching and hence, he wants to release it on his own. Director and lead actors thanked the producer and entire team.

Undiporaadhey is an upcoming Telugu movie scheduled to be released on 22 Aug 2019. The movie is directed by Naveen Nayani and will feature Ajay Ghosh, Tarun Tej, and Lavanya as lead characters. Here is the official teaser of Telugu Movie Undiporaadhey starring Tarun Tej and Lavanya. Undiporaadhey is directed by Naveen Nayani. Director and lead actors thanked the producer and entire team. all the audience here, waiting for the movie release’