The historic terraces on opposite sides of Lake Rotomahana on New Zealand’s North Island once represent the most extensive formations of silica sinter in the world. On the one hand, the terraces were pink. On the other, they were white. In the early 1880s, these natural terraces were a popular tourist destination, and supposedly known as the eighth wonder of the world.

For the tomb of China’s first emperor, Qin Shi Huang, artists designed thousands of life-size terra cotta statues of soldiers, horses, and chariots to accompany him into the afterlife. In 1974, workers outside the city of Xi’an in Shaanxi Province discovered some of these third-century B.C.E. statues while trying to dig a well. Since then, a select group of these statues has appeared in museums around the world. 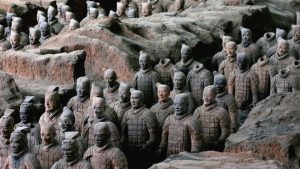 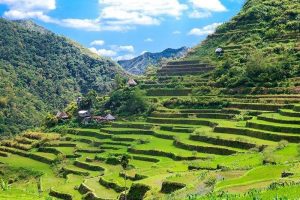 Borobudur is a massive Buddhist temple in Central Java, Indonesia, built by the Shailendra Dynasty in the eighth and ninth centuries. A volcanic explosion around the year 1000 buried the monument in volcanic ash, and it remained hidden until workers began restoring it in the 20th century. The memorial is built kind of like a pyramid with three separate layers, representing the three spheres in Buddhist cosmology.

In the early 12th century, the Khmer empire built an enormous monument at its capital of Angkor. That monument, called Angkor wat,  was originally a Hindu temple. By the end of the century, it had transitioned into a Buddhist temple and remained so for several centuries. Today, the monument in Siem Reap Province is one of Cambodia’s most significant archaeological monuments. The larger Angkor area containing the temple has been a UNESCO World Heritage site since 1992. 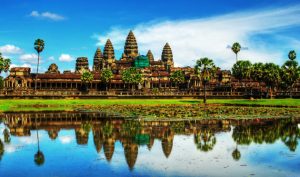 A more recent wonder is the Citadelle Laferriere, a fortress built atop Haiti’s Bonnet an L’Eveque mountain in 1820. Construction began on the citadel after the Haitian revolution, the first successful rebellion of enslaved people against European colonizers. After the revolution, Haiti built the castle to serve as a military fortress if ever the French returned to enslaved Haitians again. 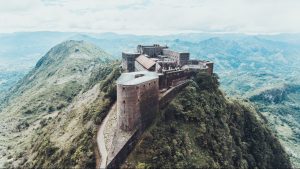 In the 1960s, the Soviet Union partnered with Egypt (then known as the United Arab Republic) to build the Aswan High Dam across the Nile. At a ceremony to mark the first stage of the dam’s completion in 1964, Soviet Premier Nikita Khrushchev boasted that it would be the eighth wonder of the world. 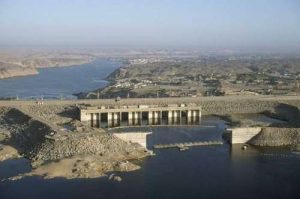 The cut-through highway in Pikeville, Kentucky, is another project that promoters tried to sell as the eighth wonder of the world before it was even built. Back in 1970, three years before construction also began, the new york times reported that “local boosters” claimed it would be the eighth wonder. 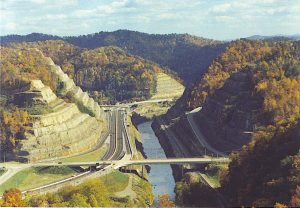