The History Of The Charminar 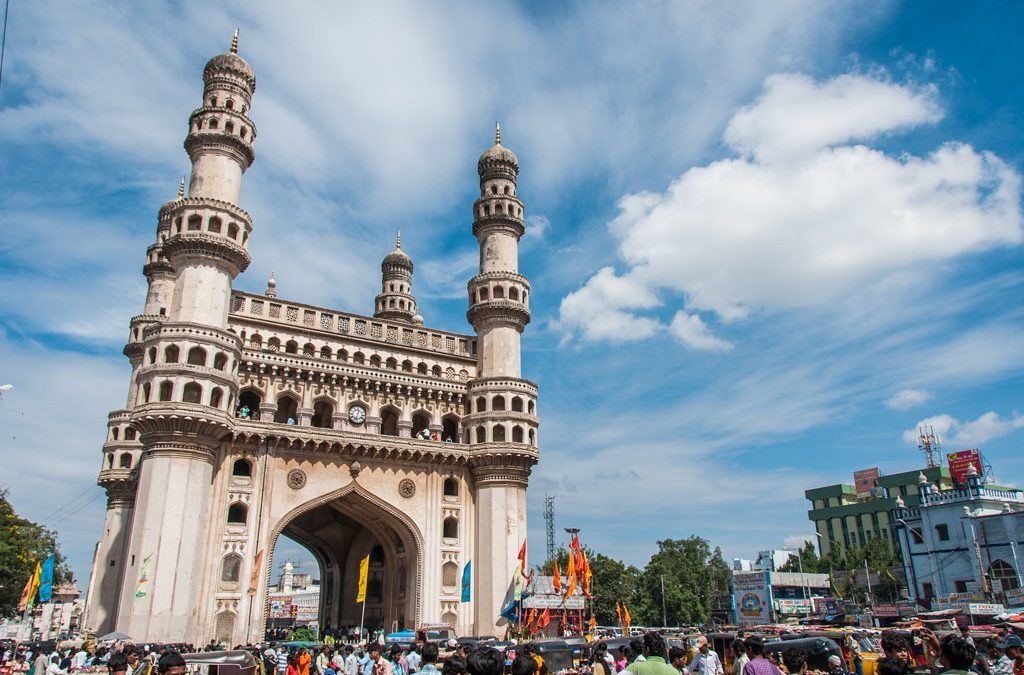 Built-in the year 1591 AD, Charminar is the heartbeat of Hyderabadis. The landmark of the city was built by the fifth ruler of Qutb Shahi dynasty, Muhammad Quli Qutb Shah. Charminar, a monument and mosque, is an imposing model that celebrates the influence of the Muslim Turkomans in India. Considered to be in the top ten pillars of the country, here’s a little something about the structure and its history. 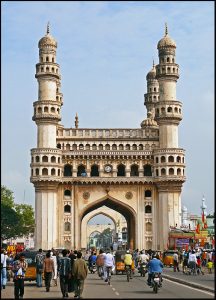 Charminar is a square shaped structure built out of granite and lime mortar. The monument predominantly has an Islamic-style design, but influences of Hindu architecture can also be seen in its ornamentation. It is flanked by four minarets on every corner, which are 48.7 meters high. It is believed that the four towers are symbolic of Islam’s first four Khalifas. Each minaret is four stories tall, and the floors are divided by beautifully carved rings around it. The mosque is located on the top floor, and visitors can enjoy a short climb of the 149 steps to get there.