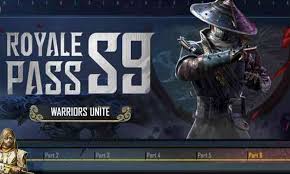 We previously announced that the PUBG Mobile season 9 0.14.5 update and what we could expect as leaks. And now the devs at PUBG Mobile have announced that the new update drops on September 13 in a tweet. As for the several leaks about the upcoming update, here’s everything we know that may be coming to the game. To start, there will be a new Royale Pass for Season 9, that seems to be themed after warriors. As usual, it will have 100RP rewards. 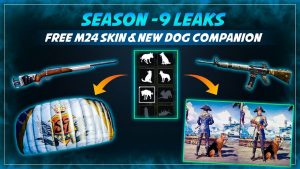 The exclusive Royale Pass sets and skins that we will get for PUBG Mobile season 9 are The Observer Set, Infected Grizzly M249, The Observer Cover, Infected Grizzly Dacia, Draconian Champion set and weapons. There may be new avatar frames coming in the upcoming update. Besides, we will get a new parachute, bags, helmets, and other skins. There will probably be new emotes coming as well.

We previously saw a leak with helicopters on the ground in PUBG Mobile. But now it seems these helicopters will not just be stationary and flyable. The gameplay in the video appears to show a specific mode where players can find special loot crates. These crates have a considerable halo showing their position. The contents of this loot box are amazing. It comes with grenade launchers, miniguns, and RPGs, plus this new update seems to have the Deagle pistol.