Latest Updates Of ‘Kousalya Krishnamurthy’ Movie It Is The Journey Of A Girl Who Aspires To Be A Dream Cricketer. 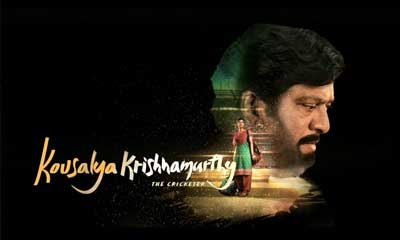 Filmmakers of Aishwarya Rajesh, Rajendra Prasad and Sivakarthikeyan’s sports drama Kousalya Krishnamurthy, which is gearing up to hit the screens in the Telugu states on August 23, already trailer released. With some fine acting from all the lead actors, the trailer of Kousalya Krishnamurthy seems to be a well-packaged film that is going to present all the crafts with a well-narrated story. This film which is a remake of the 2018 Tamil film Kanaa sees Aishwarya Rajesh playing the role of an aspiring cricketer and Sivakarthikeyan playing the role of the Indian women’s cricket coach.

It marks the Telugu debut of Aishwarya Rajesh and Sivakarthikeyan both. Directed by Bheemaneni Srinivasa Rao, the film also has Karthik Raju, Jhansi, C V L Narasimha Rao, Vennela Kishore and Ravi Prakash in prominent roles. Edited by Kotagiri Venkateswara Rao, the film is produced by K A Vallabha. Kousalya Krishnamurthy is one such tale that speaks on the journey of a girl who aspires to be a dream cricketer. As per the latest trailer she is seen taking training, the hardships and at last the fruits that she bears by becoming what she wants to be.

They illustrate the story of a young cricketer, who struggles to secure a place in the Indian national team despite being born in a family of farmers in the countryside. The original version was directed by Arunraja Kamaraj and produced by Sivakarthikeyan under the banner Sivakarthikeyan Productions. The film had Sathyaraj and Darshan in the lead roles. 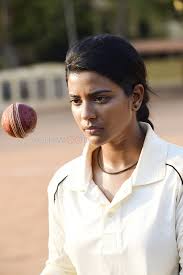 The first teaser of the Telugu version was unveiled some time ago and has garnered a good response from the film buffs. The remake will see Aishwarya reprising her titular role of a village girl with cricket aspirations, veteran actor Rajendra Prasad stepped into the shoes of Sathyaraj and Kollywood superstar Sivakarthikeyan is also reprising his role as a coach. Kousalya Krishnamurthy has been bankrolled by KS Rama Rao and KA Vallabha under Creative Commercials banner.