Fifty years ago, the television show united children’s education, puppetry, and songs. Pop stars have been singing the Muppets’ tunes ever since. Since its inception in 1969, the public television show has redefined what it means to teach children through TV, with music as its resounding voice. Before “Sesame Street,” it wasn’t even clear that you could do that; once the series began, as a radical experiment that joined educational research and social idealism with the lunacy of puppets and the buoyancy of advertising jingles, it proved that kids are very receptive to a grammar lesson wrapped in a song. 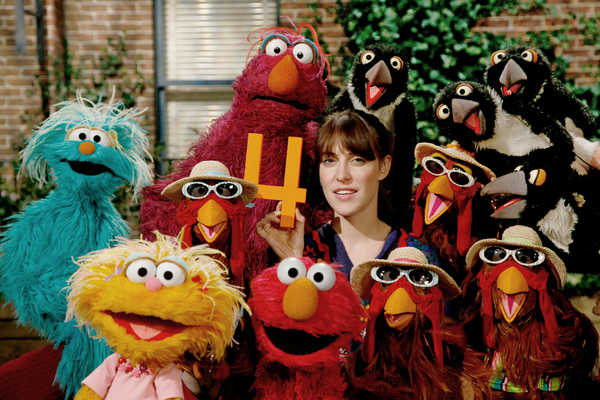 “Sesame Street is one of the earliest examples of a musical I experienced,” said Lin-Manuel Miranda, who grew up adoring “I Love Trash” and called its singer, Oscar the Grouch, “a character so singular that he changes the way you see the world at large.” I learned from ‘Sesame Street’ that music is not only incredibly fun but also an enormously useful narrative and teaching tool,” he added in an email. “On top of that, their songs are the closest thing we have to a shared childhood songbook.” Miranda began composing for “Sesame” not long after his first Tony won in 2008; his friend Bill Sherman, a fellow Tony winner, became the “Sesame” music director the following year. Today, with online viewership in the hundreds of millions, the series still hosts pop superstars Janelle Monáe, Romeo Santos, Ed Sheeran, Sia, Katy Perry, Bruno Mars on the updated streetscape where Nina Simone sang “to be young, gifted and black” in 1972.

Now, as it marks its 50th anniversary — after 4,526 episodes, not to mention specials, movies, albums and more — the legacy of “Sesame” is clear: It impacted the music world as much as it shaped TV history, inspiring countless fans and generations of artists. And the show is still innovating, finding ever more ways to sing out loud. In the late ’60s, when Joan Ganz Cooney, a television producer, and Lloyd Morrisett, a psychologist and philanthropy executive, set out to develop “Sesame Street,” they aimed to build school preparedness and narrow the educational gap between lower- and upper-income children. Each year, outside experts outline pressing academic and social issues; from that, and the input of Dr. Rosemarie Truglio, the show’s senior vice president for curriculum and content, an educational theme for the season is built. Episodes can have individual goals, too, and preschool basics like numbers, letters, and reading-readiness are perennials.