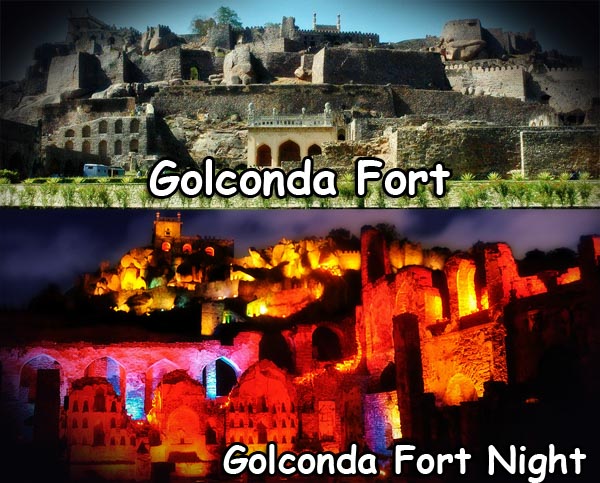 Golkonda, also known as Golconda,   Golconda (“Round shaped hill”), or Golla Konda, (meaning Shepherd’s Hill in the regional language Telugu) is a citadel and fort in Southern India and was the capital of the medieval sultanate of the Qutb Shahi dynasty(c.1512–1687), is situated 11 km (6.8 mi) west of Hyderabad. It is an also a tehsil of Hyderabad district, Telangana, India. 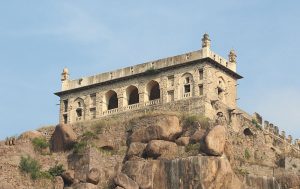 The Kakatiyas first built Golkonda Fort as part of their western defenses along the lines of the Kondapalli Fort. The Golkonda Fort used to have a vault where the famous Koh-i-Noor and Hope diamonds along with other diamonds. 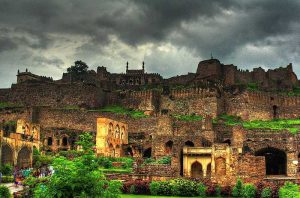 Under the Bahmani Sultanate, Golkonda slowly rose to prominence. Sultan Quli Qutb-ul-Mulk (r. 1487–1543), sent as a governor of Telangana, established it as the seat of his government around 1501. Bahmani rule gradually weakened during this period, and Sultan Quli formally became independent in 1538, establishing the Qutb Shahi dynasty based in Golkonda. 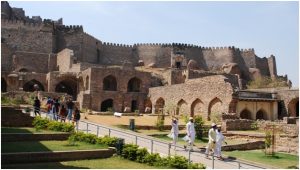 Golkonda Fort which is into the Hyderabad Golf Club despite resistance from farmers who owned the land and various NGOs within the city. The ramparts of the new fort start after the residential area with many towers and the Hatiyan ka Jihad“Elephant-sized tree” – an ancient baobab tree with an enormous girth. It also includes a war mosque. These sites are under restrictive access to the public because of the Golf Course. 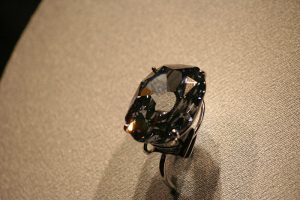 The whole of the Golkonda Fort complex and its surrounding spreads across 11 km (6.8 mi) of total area and discovering it’s every nook is an arduous task. A visit to the fort reveals the architectural beauty in many of the pavilions, gates, entrances, and domes. The architectural prowess still gleams in each of the apartments, halls, temples, mosques, and even stables.