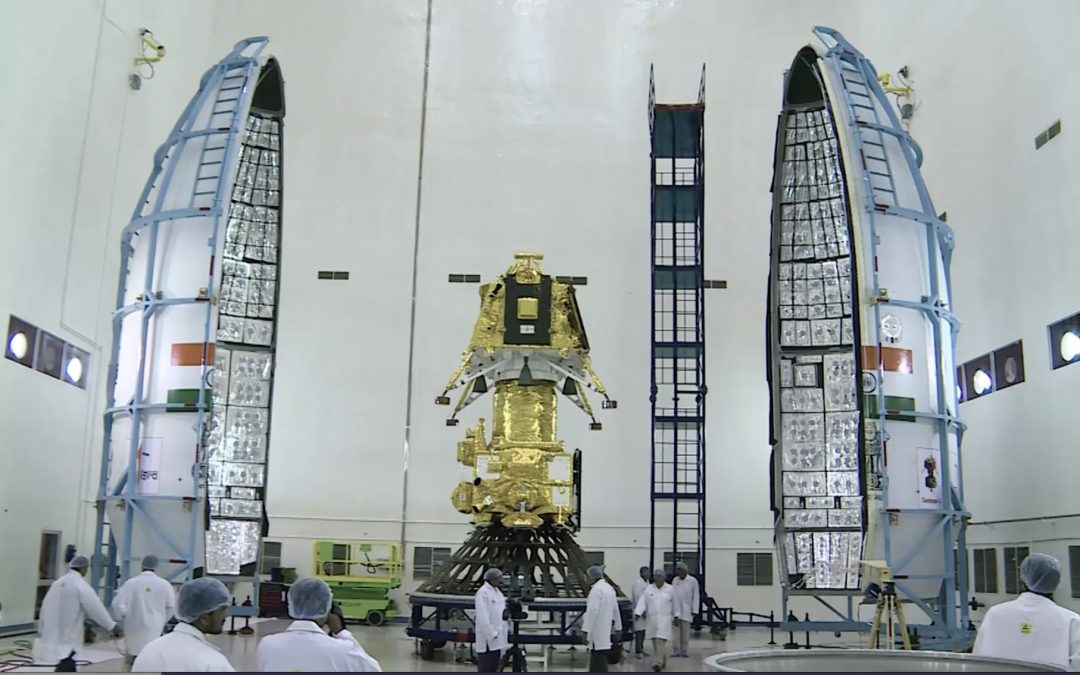 India’s second lunar exploration mission after Chandrayaan-1 The planned orbit has a perigee of 170 km and an apogee of 45475 km. It consists of a lunar orbiter, a lander, and a rover named Pragyan, all developed in India. The main scientific objective is to map the location and abundance of lunar water 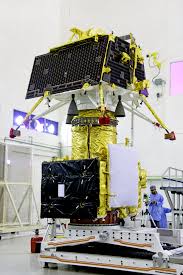 Launch of Chandrayaan-2 was initially scheduled for 15 July 2019 at 2:51 ISTT .he countdown was frozen at T minus 56 minutes, 24 seconds (56 minutes and 24 seconds. The mission was launched on a Geosynchronous Satellite Launch Vehicle Mark III (GSLV Mk III) with an approximate lift-off mass of 3,850 kg (8,490 lb) from Satish Dhawan Space Centre in Sriharikota Island. 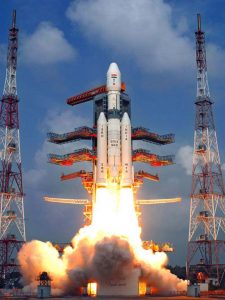 ISRO selected eight scientific instruments for the orbiter, four for the lander, and two for the rover. NASA and ISRO were signed to include a small laser retroreflector from NASA to the lander’s payload to measure the distance between the satellites above and the micro reflectors. 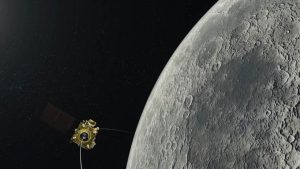