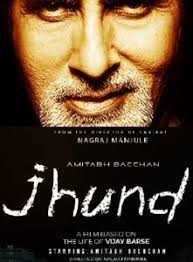 Jhund is an upcoming Indian Hindi-language film based on the life of Vijay Barse, the founder of NGO Slum Soccer. The film starring Amitabh Bachchan, Akash Thosar and Rinku Rajguru. Is directed by  Nagraj Manjule. 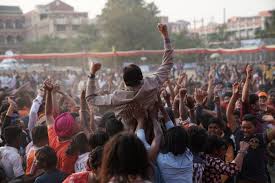 Amitabh will play the role of Vijay in the film. The film shot is in Nagpur, from start to finish. The biographical sports-drama is produced by Bhushan Kumar, Krishan Kumar, Raaj Hiremath, Savita Raj Hiremath, and NagrajManjule, under the banner of T-Series, Tandav Films and Aatpaat.

The life of Vijay Barse, retired sports teacher who founded an NGO called Slum Soccer. With his efforts, Barse has managed to rehabilitate street kids by keeping them off drugs and crime by turning them into soccer players and eventually building a whole team.

No other actor fits the role; only Mr. Bachchan can do justice to this particular character. All the others in the film are newcomers. The combination of Mr. Bachchan and this young team will be something to look forward. Finally, this film is going to release on 20 September 2019. When you are interested in watching this film on 20 September or else after, please give your feedback.